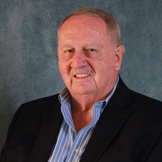 Phil Keating, a resident of South Florida since the 1950s, has been a full-time investment professional for forty years. In 2003, Mr. Keating founded Keating Investment Management, LLC to manage portfolios for individuals and retirement plans. Prior to starting his own firm, he was President of Keating Management Company, Inc. (1977 to 2001), Vice President and Director of Research for Keating Investment Counselors, Inc. (1984 to 1993), and advised a major Florida trust company regarding investment strategy, asset allocation, and individual stock and bond recommendations (1985 to 1993). From August 1994 to its purchase on June 30, 1995, Mr. Keating was the sole portfolio manager of $160 million in assets for ABT Utility Income Fund and ABT Growth and Income Trust. In May 2007, after his brother's untimely death, Phil assumed his current position as Chief Investment Officer and Senior Portfolio Manager for Keating Investment Counselors, Inc.

In addition to portfolio management, Phil has been very involved in the South Florida community promoting investment education through various non-profit venues. He has been a prominent speaker at multiple annual equity panel meetings of the Financial Analysts Society of South Florida. Phil is also a featured speaker at the national InvestEd annual conference which brings together the best in investment education for individuals and investment clubs from across the country. He has produced the Dividend and Growth Screen columns for Better Investing magazine since 1989.

In recognition of Mr. Keating's commitment to investor education, he received the annual Distinguished Service Award from the NAIC Investment Education Institute in 1994. With this honor, he joined former investment manager recipients Sir John Templeton, Warren Buffett, and Peter Lynch.